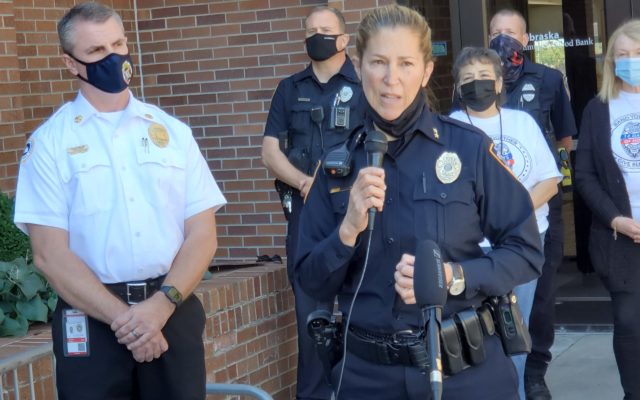 This afternoon’s announcement of the results revealed that around 1,800 units of blood were donated by individuals during the recently concluded drive.  That’s about 50% higher than normal.

A thank you from the Blood Bank said that each blood donations can potentially help up to three different patients.  That means that the donations made during the special drive could help up to 5,400 individuals.

Newly appointed Lincoln Police Chief Teresa Ewins commented “The most important part of any blood drive is how giving communities are, and Lincoln is definitely a community that gives.”

Fire and Rescue Chief Dave Engler expressed the hope that the community would continue the giving. “The members of our community of Lincoln do a great job of stepping up, and this is just a great opportunity to continue to save lives.  So, even though this event has concluded, I think it’s important that they continue to step up and continue to donate.”

The Nebraska Community Blood Bank serves 22 hospitals in Eastern Nebraska and Western Iowa.  Appointments to donate blood can be made online at https://www.ncbb.org/donate-blood/