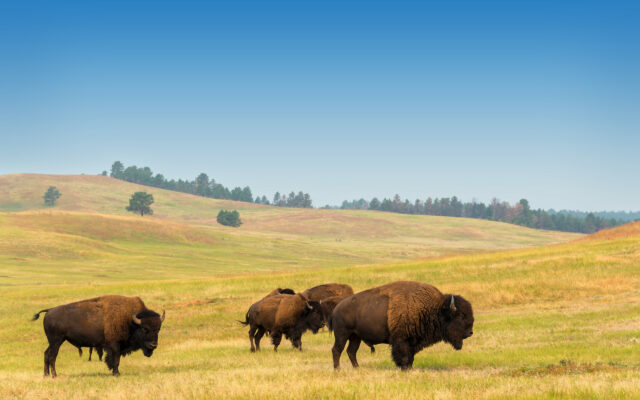 Lincoln, NE – (01/20/2022) – For thousands of years, tens of millions of bison roamed the plans of North America. By 1890, there were fewer than 300. Beginning February 12th, the Nebraska History Museum will welcome visitors to learn more about these majestic creatures with the exhibit BISON: A traveling exhibit exploring this great North American mammal’s past, present, and future.

The traveling exhibit will open at the Nebraska History Museum on Saturday, February 12th, and run till May 15th.

“We are looking forward to sharing the significant and complicated story told through the BISON exhibit,” says Nebraska History Museum Manager Lily Sughroue. “We’re excited for people to explore the past, present, and hopeful future of our largest land-dwelling mammal in North America.”

Created by the National Buffalo Foundation and the Kaufmann Museum, the BISON exhibit includes 25 modules that demonstrate the natural history, cultural connection, ecological role, industrial innovation, and early 20th-century conservation movement led by President Theodore Roosevelt, uses of bison, and more. The exhibit creates an interactive environment that combines history, artifacts, and hands-on activities to bring the life the story of the great North American mammal.

The bison are etched in Nebraska history as the animal was a highly valuable natural resource for Native American tribes. For most tribes, their lives centered around the bison hunt.

“This exhibit will inspire generations to respect and contribute to the preservation of the BISON that once freely roamed the Great Plains in mass numbers,” says History Nebraska Exhibit Manager Jim Prohaska. “Visitors will appreciate this majestic creature, its impact on Native American culture and the ecology of our nation’s grasslands.”

The Nebraska History Museum will also have new hours of operation with the launch of BISON. Beginning February 12th, the museum will be open Tuesday through Saturday, 9 am – 4 pm, with evening hours every Thursday from 9 am – 8 pm.