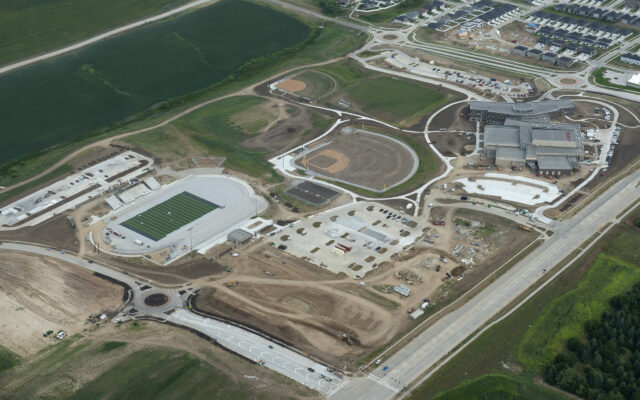 LINCOLN–(KFOR Aug. 23)–The final touches are still being applied, but the new Union Bank Stadium and Athletic Complex at the new Lincoln Northwest High School near NW 48th and West Holdrege will be ready for football this Friday night.

Northwest athletic director Rob Psencik told KFOR Sports there will be a lot of last minute details being ironed out.

“We won’t be full, have everything there Friday night,” Psencik said, in reference to seating, bathrooms and concession stands being finished up.

The new stadium is the first new football and athletic facility for Lincoln Public Schools in 60 years.  Psencik said there will be a tailgate party and commemoration before Friday night’s Northwest football game with Ralston to thank Union Bank and other donors in helping with making this project a reality.

Friday night will also mark the inaugural football game for Northwest, as they host Ralston.