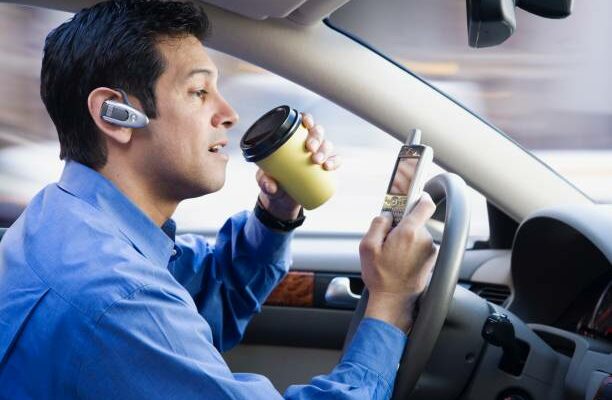 (KFOR NEWS  January 4, 2023)   Lincoln, NE – The NDOT Highway Safety Office used new digital technology to measure the number of distracted drivers in Nebraska.  Results showed that 1 in 10 drivers you meet on the road are not looking where they are driving, but instead are focusing on a cell phone or other device!

With fatalities in Nebraska at a 15-year high, all drivers need to do everything possible to avoid crashes.  This includes wearing seat belts, putting phones down, and dedicating 100% of your attention to driving.  Driving is a full-time task, so save the distractions for when you arrive safely at your destination.

According to NHTSA, 3,142 lives were lost in 2020 due to distracted driving.  Texting is the most alarming distraction. Sending or reading a text takes your eyes off the road for 5 seconds.  At 55 mph, that’s like driving the length of an entire football field with your eyes closed.  A 2021 NHTSA study shows only about 3% of drivers using cell phones, but with funding assistance from the Governors Highway Safety Association and General Motors, NDOT’s Highway Safety Office was able to use new digital equipment from Acusensus that shows about 10% of drivers using cell phones or other devices.

The data also showed that 15% of drivers were not wearing seat belts.  The Acusensus representative stated “that is the highest non-use rate we have seen in the U.S.”  Seat belts save lives and every driver and passenger in every vehicle needs to wear a seat belt at all times. This number was not as alarming since current crash data already shows that over 70% of people killed in crashes in Nebraska are not wearing a seat belt.

Drivers need to put the phones down, make sure everyone is wearing a seat belt and just drive!