Woman Seriously Hurt In Hit and Run While Shooting Off Fireworks 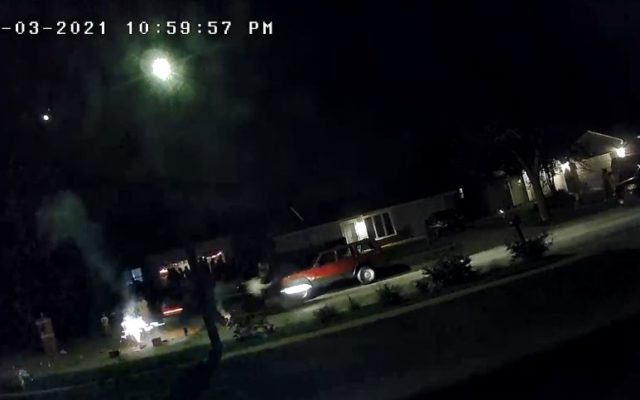 LINCOLN–(KFOR July 6)–A hit and run that happened late Saturday night in a northwest Lincoln neighborhood, where a 21-year-old woman was hit by a fast moving car, while she lit off fireworks.

Viewer discretion is advised when you watch the video that’s linked below. Emilia Graham is seen leaning down to light off a firework. Within seconds a car speeds through the residential street. The direction it was traveling would also put it coming through an intersection with stop signs. Graham was hit violently, tossed into the air and landed several feet away.

Graham was left with a broken collarbone, a concussion, as well as dozens of scrapes and bruises that cover her body. The injuries to her face needed to be glued shut.

As of Monday night, the Lincoln Police Department said it doesn’t have any suspects.

Click the link below to see the video of the hit and run provided to KFOR’s media partner, 10/11 Now.  WARNING: view discretion is advised.