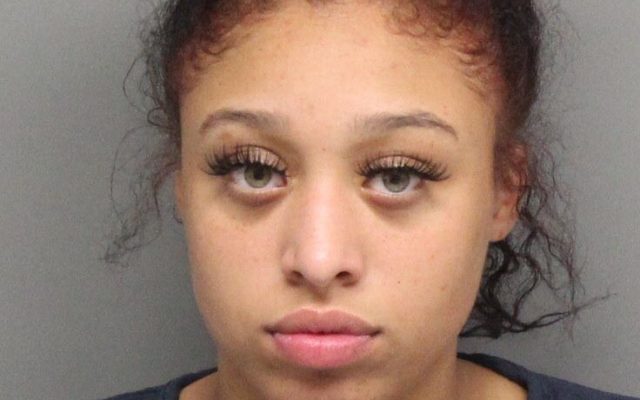 LINCOLN–(KFOR Nov. 9)–Lincoln Police say they arrested a 19-year-old woman, they believe, was involved in an Oct. 16 robbery at a home near 27th and “O” Streets.

Taya Peterson was arrested Friday evening at a home in the 1700 block of Knox and faces robbery charges, along with having an outstanding warrant for assault.  The robbery last month happened when a 20-year-old man told police he was meeting a woman, who was an acquaintance, talk about loaning her money.  The woman, identified as Peterson, asked the victim to go into a back bedroom when he was approached by another man wearing a mask and holding what looked like a handgun.

Police say the victim was hit with the gun and the man racked the slide.  Investigators say another person walked into the room and assaulted the victim, then demanding him to empty out out his pockets.  Wallet, car keys and cellphone were handed over.

Police say the following day, Oct. 17, the victim noticed eight unauthorized bank transactions for $1,500 to a CashApp account.  That money was then transferred to an account belonging to Peterson.  She was also identified by investigators as the female acquaintance who arranged the meeting, and then ran away with the men who robbed the victim.