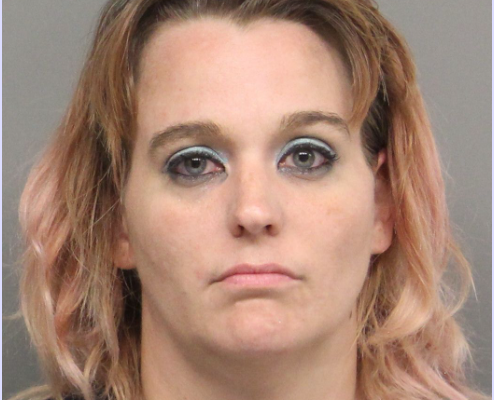 LINCOLN–(KFOR July 1)–A 35-year-old woman is in jail after she allegedly robbed food from someone that picked it up from a local food pantry early Thursday evening.

Lincoln Police say officers were called to the “F” Street Neighborhood Church at 13th and “F”, where a 78-year-old woman said she had just received a box of food from the FoodNet at the church, when she was approached by a man and a woman, later identified as Crystal Tennyson.  Both suspects took the food from the woman.

Security video in the area shows the victim carry a box of food into the parking lot before she sets it down and returns to the church to get more food.  The victim then saw Tennyson and the man trying to take one of her boxes of food and both are seen pushing the victim away before taking more food.

Police say the victim suffered a laceration to her forearm.  The male suspect took off from the scene before officers arrived, but Tennyson was soon found and taken to jail for robbery.