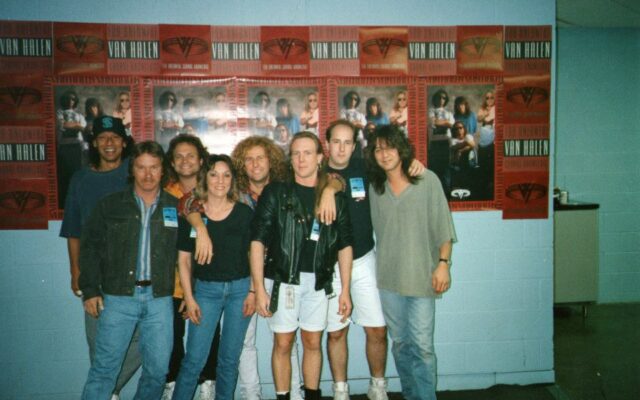 Mammoth WVH is in the studio.

The band is recording the follow-up to their 2020 self-titled debut album.

Wolfgang Van Halen revealed the news on his Instagram with a touching tribute to his father, the late Eddie Van Halen.

He wrote, “On December 28th 2014, I was getting ready to start tracking what would become the first Mammoth album. I had been practicing drums in the studio when Pop came in, grabbed my bass and started jamming with me. It was so much fun. It’s little moments like these I feel I took for granted. Moments that I can’t have anymore. As I’m getting ready to start tracking the 2nd Mammoth album [today] I can’t stop thinking about this moment and how he won’t be around for it this time. I’m still not used to it. I don’t know when or if I’ll ever get used to it.”