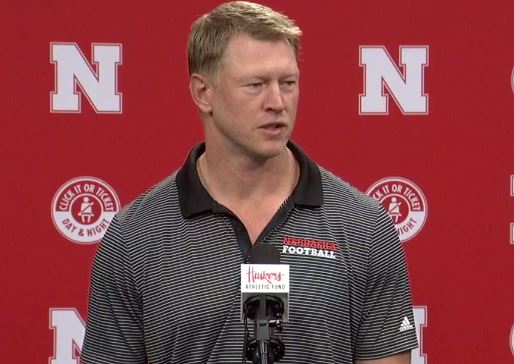 LINCOLN–(KFOR Dec. 10)–The Nebraska football team this season have had 20 COVID-19 tests come back positive, with all but one or two being false positives.

Husker head coach Scott Frost pointed out Thursday that one such case happened last week, when Marvin Scott III was unavailable to play in the Purdue game. Frost says his players have done a good job of avoiding situations in which they could be exposed to the virus. Plus, the athletic department’s relationship with University of Nebraska Medical Center has helped in the team’s handling of the virus.

Players are tested regularly for COVID-19, including before and after each game, based on Big Ten protocols.