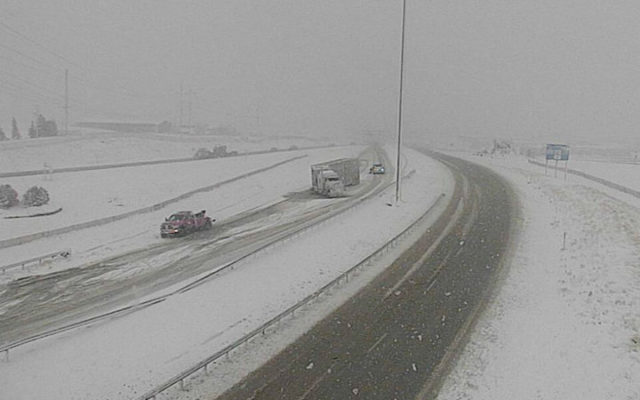 (KFOR NEWS  December 24, 2020)  Wednesday’s winter storm with blizzard conditions caused numerous crashes across many areas of Nebraska and forced the closure of several major roadways.  One crash Wednesday morning, on Interstate 80 near Hershey, 240 miles west of Lincoln, claimed the lives of 3 people.

An eastbound GMC Yukon lost control, crossed the median, and entered the westbound lanes, where it was hit by a westbound semi.  The male driver of the Yukon, an adult female passenger and a juvenile passenger were killed.  Two juvenile passengers in the Yukon were taken to Great Plains Health in North Platte with serious injuries.  The driver of the semi was not injured.  Interstate 80 was closed for approximately 3 hours.

As of 5:00 p.m. CT Wednesday evening, NSP had responded to well over 140 weather-related incidents, including more than 40 crashes and nearly 100 motorist assists.