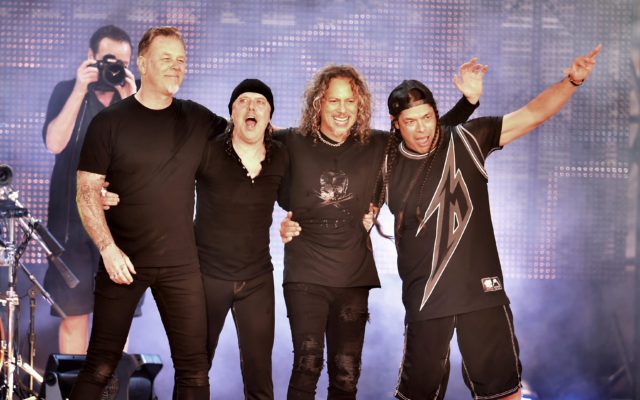 Last year was rough. People stayed in doors and away from family and friends because we were all paranoid that we’d get sick. During that time I became very depressed. I was certainly not alone in this as there were a lot of people feeling the way I did. When you’re in the hole it’s hard to get out. You feel like you’re probably the only one that feels this way. You/We are not alone. Many people around the world fall into the hole and either claw the way out, or stay because it’s comfortable.

I ran across this article about Kirk Hammett talking about his childhood and his dealings with depression and shit that sometimes you just can’t shake. It sucks that any of us have to deal with this feeling but sometimes It’s nice to know we’re not alone. Here’s what he had to say. Thanks for sharing Kirk

Metallica‘s Kirk Hammett credits metal for saving him from an abusive childhood. During an appearance on Backstaged: The Devil In Metal Podcast, Hammett spoke candidly about the role music ended up playing for him growing up: “I had a bad childhood. I experienced a lot of darkness early on in my life that I probably shouldn’t have been exposed to. Unfortunate things happened to me as a child. And so that real-life darkness came to me way too early in my life. Basically, guitar playing and music saved my life. And it was a type of therapy for me. It made me feel better when I knew that I wasn’t feeling great. And I was so young. I didn’t understand why I was feeling this way. And I didn’t know this was because of circumstances and situations. I didn’t put that together.”

He went on to explain, “I just knew that guitar playing helped me feel better and calmed me down as an adolescent, as a teenager, as an adult, up to like now. I mean, I have a lot of anxiety and I’m prone to depression-like most people. My guitar helps me through all that. A  good heavy metal song is like a good horror movie. It’s intense, it’s unpredictable. It has a lot of the same feelings, of the darker things in life.”

Hammet added: “Like myself, there’s a lot of people out there that when they hear that darkness, that gloom, it’s cathartic. It feels good, y’know? It feels like you can get to the darker parts of your life and experience them without really experiencing them.”

Kirk Hammett told us not long ago that Metallica has to be in better than average shape to play its music live: [“There’s a physicality to our music that we cannot ignore, so we just kind of have to keep ourselves in a certain sort of physical sort of state where that, y’know, we can’t let ourselves get to a point where we can’t play these songs, you know. That’s just not allowed. Y’know, when we write this music, we have to make sure that we can play it and play it, y’know, when we need to play it.”]