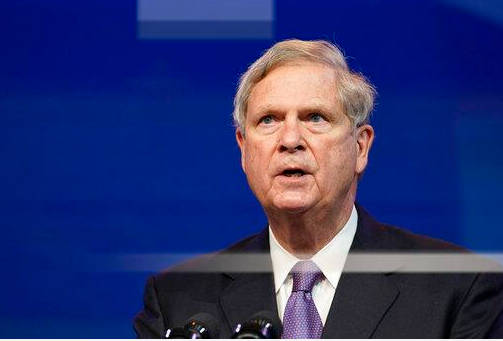 Washington, D.C.  (February 23, 2021)  The Senate has voted to confirm Tom Vilsack as President Joe Biden’s agriculture secretary. The former Iowa governor spent eight years leading the same department for former President Barack Obama. He was confirmed on a 92-7 vote Tuesday. In his testimony, the 70-year-old Vilsack endorsed boosting climate-friendly agricultural industries such as the creation of biofuels, saying, “Agriculture is one of our first and best ways to get some wins in this climate area.” He faced minimal opposition throughout the confirmation process.

News of the confirmation brought congratulations and a positive response from Mark McHargue, President of Nebraska’s largest farm group.

“Nebraska Farm Bureau congratulates Tom Vilsack on his confirmation as the next U.S. Secretary of Agriculture. As Secretary Vilsack knows, there are many challenges, yet also many opportunities for American agriculture. We look forward to working with him to tackle those issues in a way that leads to prosperity for our members, particularly in the areas of expanding markets for agricultural commodities, extending high-end broadband to every corner of America, and ensuring environment and climate initiatives work for farm and ranch families.”