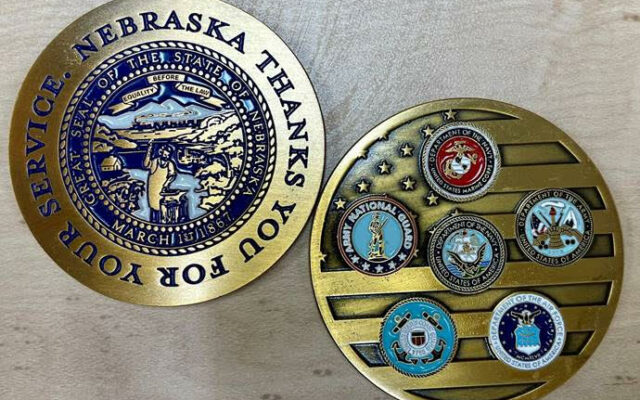 “The State of Nebraska aspires to be a leading employer of veterans and military members,” said Governor Pete Ricketts. “Thank you to our State teammates who’ve stepped up to serve our country. We honor your sacrifices, and we appreciate your continued public service with the State.”

The Teammate Military Service Recognition Program recognizes those State of Nebraska teammates who have previously or are currently serving in the armed forces. In the program’s inaugural year, over 450 self-identified military and veteran teammates will be recognized and presented with commemorative Nebraska Military challenge coins.

“Governor Ricketts has made it a priority for Nebraska to become the most military and veteran-friendly state in the country,” said DAS Director Jason Jackson. “We know that veterans can face barriers in finding employment and we want to make State government a welcoming employer for veterans that want to continue their careers in public service. The Teammate Military Service Recognition Program is just another way the State can say thank you to our teammates for their service.”

This program will be administered by DAS with teammates being recognized for their service each year.