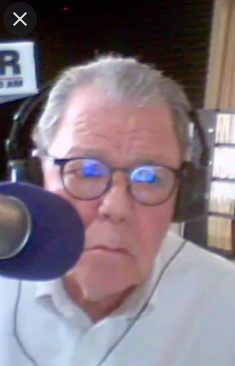 (KFOR NEWS  May 4, 2022)   The Nebraska Hall of Agricultural Achievement recognized four honorees and inducted 15 new members during its annual banquet, held on the University of Nebraska-Lincoln’s East Campus in March.  It was the first induction ceremony the organization had held since 2019, as the 2020 and 2021 banquets were cancelled because of the COVID-19 pandemic.

Formed in 1916, the Nebraska Hall of Agricultural Achievement is dedicated to preserving and improving Nebraska agriculture. Each year, the group recognizes at least one honoree and elects new members. Honorees are recognized for their contributions to Nebraska Agriculture.

Honorees celebrated at the 2022 event were:

Owen Palm, Gering. Owen Palm is the owner and founder 16 Nebraska John Deere dealerships and the former CEO of Western Sugar Cooperative. He served as the co-chair of BluePrint Nebraska, and has been a strong supporter of UNL’s Institute of Agriculture and Natural Resources, Western Nebraska Community College and various natural resources groups, among other entities.

Boyd and Elaine Stuhr, Bradshaw. Boyd and Elaine Stuhr are fourth-generation agricultural producers and live on their farm near Bradshaw. As individuals and as a team, they have been strong advocates for the agricultural industry and education in Nebraska. The Stuhrs have made significant contributions to their community, state and nation through their volunteer eﬀorts and leadership activities. Boyd was instrumental in the formation of the Nebraska Association of County Extension Boards. He was elected to the first Board of Directors and later served as Chairman of NACEB. Elaine has been an active spokesperson for agriculture serving as a Director on the Nebraska Corn Board, US Feed Grains Council and the Ag Council of America in Washington, D.C.

More information on 2022 honorees can be found on the NHAA website, NHAA.unl.edu.

Also during the ceremony, NHAA inducted two new cohorts of members – nine nominated in the fall of 2019, who were to have been inducted during the March 2020 banquet, and six nominated in 2021.