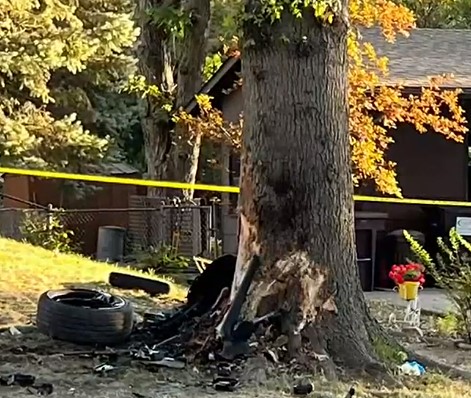 (KFOR NEWS  October 4, 2022)  An accident report has revealed additional information about a crash that killed six people in east Lincoln on Sunday.

Our partner, 10/11 NOW reports the accident report shows a black Honda Accord was traveling eastbound on Randolph Street from 56th towards Robert Road at a high rate of speed around 2 a.m.  The vehicle then left the roadway for unknown reasons on the north side of the road where it struck the curb and a mailbox before striking a tree in front of a house on Randolph Street.

Victims include the driver Jonathan Kurth of Lincoln, Octavias Farr of Lincoln, Cassie Brenner of Lincoln, Benjamin Lenagh of Omaha, Jonathan Koch of Lincoln and Nicholas Bisesi of Lincoln.  Lincoln Fire and Rescue took Brenner to the hospital in life-threatening condition, where she later died.

Lincoln Police is asking anyone with additional information, including video evidence, to call the LPD non-emergency number at 402-441-6000 or Crime Stoppers at 402 475-3600.