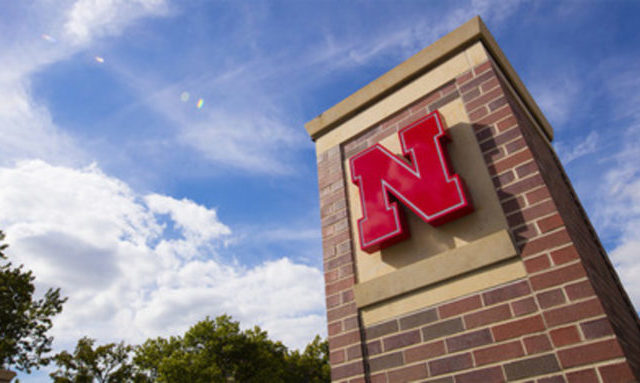 The university-wide President’s Excellence Awards recognize faculty whose work has had a significant impact on students, the university and the state.

“Faculty are at the heart of any great university, and the University of Nebraska is fortunate to have some of the world’s best serving across our four campuses,” Carter said. “The teaching, research and outreach that these faculty do on a daily basis has a remarkable impact on our 52,000 students, the state and the entire world. I’m honored to be able to celebrate their work.”

Award recipients are selected by a system-wide committee of faculty members and, in the case of the engagement award, community members. They will be honored at an event hosted by Carter this spring.

Kenneth Kiewra, Ph.D., professor of educational psychology, University of Nebraska-Lincoln. Kiewra’s research pertains to the “SOAR” teaching and learning method he developed and to talent nurturing, particularly the roles parents play. The SOAR method is based on four components – Select, Organize, Associate and Regulate – and strategies that both teachers and students can employ to improve learning outcomes. Kiewra has published more than 100 articles; authored two books for students, one for educators and one for parents; and made more than 500 presentations to educational, corporate and parent groups. He is the former director of UNL’s Nebraska Academic Success Center. A colleague has said, “It is difficult to imagine anyone whose work is more widespread or who is more committed to bringing educational psychology to the people than Dr. Kiewra.”

Ramazan Kılınç, Ph.D., associate professor of political science and director of the Islamic Studies Program, University of Nebraska at Omaha. Kılınç teaches courses on comparative politics and international relations of the Middle East. He is a graduate of Bilkent University in Turkey and Arizona State University, and previously taught at Michigan State University. Kılınç’s most recent articles appeared in Comparative Politics, Political Science Quarterly, Politics and Religion, Studies in Conflict and Terrorism, and Turkish Studies. He is a past winner of UNO’s Excellence in Teaching Award, the UNO Alumni Outstanding Teaching Award, and the American Political Science Association’s Weber Paper Award and Sage Paper Award. His research interests are religion and politics, democratization, the Middle East and Turkey. Kılınç has served as a faculty fellow for the College of Arts and Sciences’ Peer Mentorship Program and a member of the Faculty Advisory Committee for the UNO Honors College.

Margaret Jacobs, Ph.D., Chancellor’s Professor of History and director of the Center for Great Plains Studies, University of Nebraska-Lincoln. Jacobs studies the history of the American West in comparison with Australia and Canada, focusing on women and gender as well as children and family. For the last 20 years, Jacobs has studied Indigenous child removal. Many of her books and articles concern government policies from 1880 to 1940 that required Indigenous children to be separated from their families and sent to distant boarding schools and other institutions. Her more recent scholarship examines how government authorities in the U.S., Australia and Canada continued to remove Indigenous children after World War II through foster care and adoptive placements in non-Indigenous families. Her current work also examines and promotes reconciliation between Indigenous and non-Indigenous peoples.

Nick Stergiou, Ph.D., assistant dean and director, Division of Biomechanics and Research Development; Distinguished Community Research Professor and Founding Chair, Department of Biomechanics; and director of the Center for Research in Human Movement Variability, University of Nebraska at Omaha. When Stergiou began teaching at UNO in 1996, “biomechanics” wasn’t part of the university’s lexicon. He has since secured two of the largest research grants in UNO history – National Institutes of Health grants worth more than $10 million each – and a private gift to build the 23,000 square-foot Biomechanics Research Building that opened in 2013. The building, home to the first center in the world dedicated exclusively to research in human movement variability, later underwent a 30,000 square-foot expansion, made possible with another private gift, after Stergiou’s programs outgrew the original space. His research has impacted the training techniques of surgeons, as well as the treatment of pathologies like peripheral arterial disease.

Innovation, Development and Engagement Award (IDEA): recognizes faculty members who have extended their academic expertise beyond the boundaries of the university in ways that have enriched the broader community.

Christine Cutucache, Ph.D., Haddix Community Chair of Science, associate professor of biology and director of the STEM TRAIL Center, University of Nebraska at Omaha. Cutucache is a tumor immunologist-turned-science educator. During her tenure, Cutucache has secured nearly $11 million in extramural funding, published 34 peer-reviewed articles on her research, and been selected as a Fulbright Scholar. Her research lab studies tumor immunology as well as science education. She is interested in student-centered, inquiry-based practices to improve learning outcomes. Cutucache founded a now-statewide program that engages youth in high-quality, out-of-school STEM activities via problem-based learning. The program, a collaboration between the university, community partners and stakeholders, has served 6,000 youth. Cutucache is interested in helping undergraduates on their journey to a degree, including through experiential learning, professional development and coaching, and her work is supported with several core grants.

Laurence Rilett, Ph.D., distinguished professor of civil and environmental engineering; Keith W. Klaasmeyer Chair in Engineering and Technology; and director of the Nebraska Transportation Center and Mid-America Transportation Center; University of Nebraska-Lincoln. Rilett, known for his research in transportation system analysis, has said his centers’ outreach programs are the most gratifying part of his work. He works extensively with K-12 students, many of them from underrepresented backgrounds, to interest them in college and STEM fields. He led the development of “Roads, Rails and Race Cars,” an after-school program for middle schoolers that has served more than 12,500 students, including, after a recent expansion, students on the Omaha, Winnebago and Santee Sioux Reservations. He also collaborated with the Nebraska Commission on Indian Affairs on a STEM summer academy for Native American high school students. Rilett also created the Mid-America Transportation Center’s Scholars Program, which provides mentorship to undergraduate students from underrepresented backgrounds to help them navigate the graduate school recruitment, admissions and completion process.