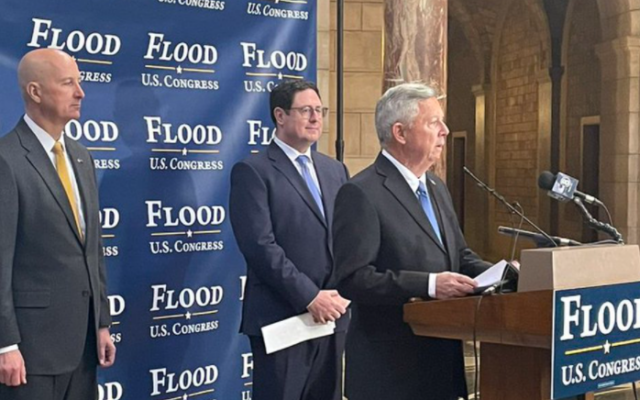 LINCOLN, Neb. (January 21, 2022) (AP) – Indicted U.S. Rep. Jeff Fortenberry’s political fortunes took a major hit Friday when two of Nebraska’s most prominent Republicans withdrew their longtime support for him and endorsed a state lawmaker who hopes to unseat the nine-term congressman in the GOP primary.

Republican Gov. Pete Ricketts and former Gov. Dave Heineman announced that they would support state Sen. Mike Flood, who is challenging Fortenberry amid concerns that the federal charges he faces could cost the GOP an otherwise safe House seat.

Fortenberry has pleaded not guilty to charges accusing him of making false statements to federal investigators about an illegal $30,000 campaign contribution from a foreign national and not properly disclosing it in his campaign filings.