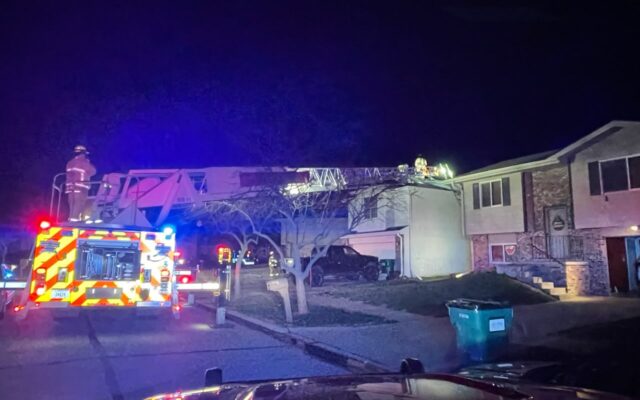 LINCOLN–(KFOR Nov. 7)–A house fire early Monday morning in a southwest Lincoln neighborhood leaves behind $150,000 and has forced two people to relocate for the time being.

Lincoln Fire and Rescue received the call around 6am to a home in the 1600 block of SW Jordan Street, where it was called in as a smoke smell in the area that was soon identified as an attic fire.  LFR Captain Nancy Crist says crews saw heavy smoke and fire from the attic of a single-family home.  Two people inside, along with two dogs and a cat were able to get out of the home safely.

Crist says the homeowner told fire officials he was in the middle of getting his smoke detectors replaced and a family dog had alerted them about the fire.  Faulty wiring in a kitchen wall is to blame for starting the fire that went up into the attic space.

No one was was hurt.