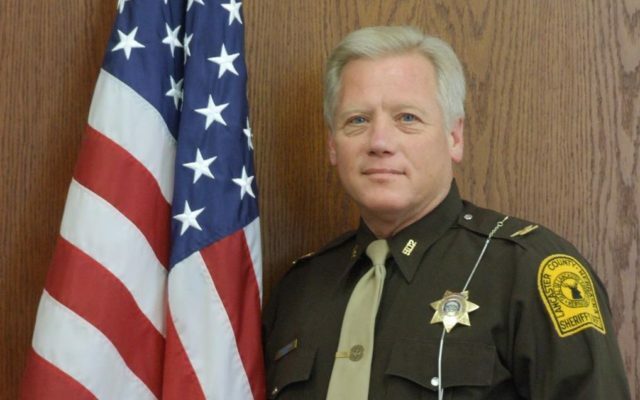 Lincoln, NE (October 28, 2021)  Lancaster County Sheriff Terry Wagner and County Attorney Pat Condon both announced today that they will run for re-election in next year’s election.

Wagner promised that professionalism, technology enhancement and public service will be the hallmarks if elected to another term.  He said he would continue to ensure the citizens of Lancaster County get the most efficient law enforcement services for their tax dollars through the use of modern technology; working to get laws passed that help keep citizens safe; making sure all deputies receive the training necessary to increase their effectiveness.

Condon said the County Attorney plays a key role in keeping citizens safe, and he believes that we are “at a crossroads in our country when it comes to law enforcement.”

“Across the country we  see police departments under attack with attempts to de-fund or handcuff law enforcement. We  are seeing cities where county attorneys simply are not charging criminals who steal less than  $950 worth of goods and merchandise with a crime. We are seeing certain districts where they  are banning cash bail for individuals arrested and charged with a crime. This is the wrong  direction for law enforcement to be headed. We cannot let Lancaster County go down that road. “

“Our office has made great strides by creating diversion programs for those arrested  for various non-violent offenses. Diversion programs save taxpayer dollars by not paying for  incarcerations, and by unclogging our courts with fewer trials. Diversion programs also allow a  person accused of a crime to get the help they need to deal with an addiction, while letting them  continue to work in their current job and stay in a family environment that helps with their  rehabilitation. This keeps them viable and contributing members of society.”