Trump Rally This evening Near Greenwood For Herbster 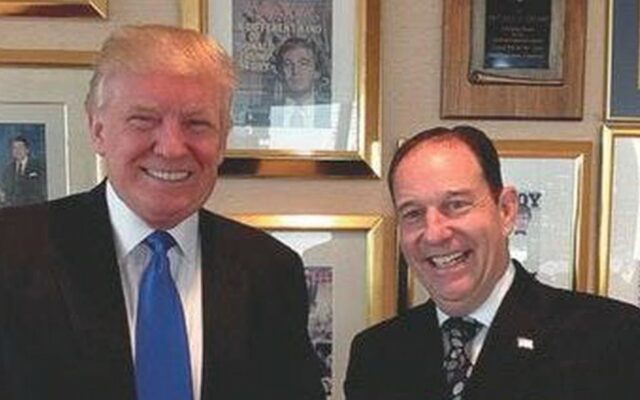 The Save America Rally in Greenwood, NE is tomorrow, Friday, April 29th! I hope to see you there!

In addition to Trump and Herbster, rally organizers have announced additional speakers, including  Kellyanne Conway, 2016 Trump campaign manager and his former Senior Counselor, Mike Lindell, inventor and CEO of My Pillow, David Bosse, President of Citizens United and producer of “Rigged – The Zuckerberg Funded Plot To Defeat Donald Trump”, and Matt Schlapp, Chairman of CPAC.

If you plan to attend, parking becomes available at 8am Friday morning with gates opening at 3pm.

Prohibited Items List
• Aerosols
• Alcoholic beverages
• Balloons
• Balls
• Banners, signs, placards
• Drones and other unmanned aircraft systems
• E-Cigarettes
• Explosives of any kind (including fireworks)
• Firearms
• Glass, thermal and metal containers
• Laser lights and laser pointers
• Mace and/or pepper spray
• Noisemakers, such as air horns, whistles, drums, bullhorns, etc.
• Packages
• Spray containers
• Structures
• Supports for signs/placards
• Weapons
• And any other items that may pose a threat to the security of the event as determined by and at the discretion of the security screeners.

The rally is expected to start at 8pm.  KFOR’s Elijah Herbel will attend the Herbster rally.  Watch updates on KFOR Facebook LIVE.