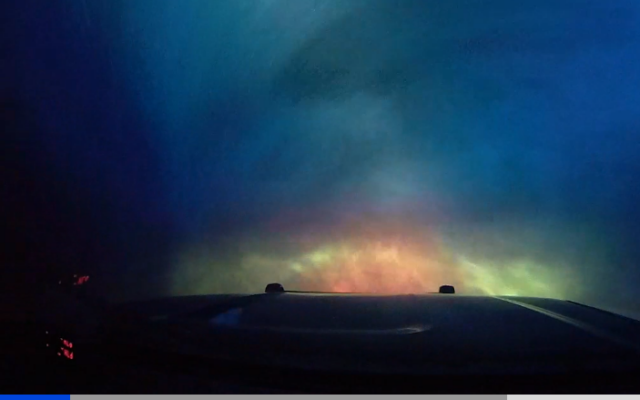 DECEMBER 23, 2022 (LINCOLN, NEB.)  — Troopers with the Nebraska State Patrol have responded to more than 500 weather-related incidents during this week’s winter storm and blistering cold temperatures.

Troopers performed 306 motorist assists statewide on Thursday, in addition to 211 statewide on Wednesday. In many cases, troopers have used their patrol vehicles to transport stranded motorists to safety and out of the cold. Most of those situations have been along Interstate 80 or other highly traveled roadways.

“This week’s snow, ice, and cold have played a major factor in the ability to travel,” said Colonel John Bolduc, Superintendent of the Nebraska State Patrol. “Our troopers and dispatchers have worked together with NDOT teams and several other agencies to help and even rescue stranded motorists over the last two days.”

One rescue occurred Thursday evening in rural Dawes County, when NSP dispatchers received a report of two motorists stranded on a county road near the South Dakota border. After multiple unsuccessful attempts to reach the motorists using track vehicles and plows, members of the Oglala Sioux Tribe Search and Rescue were able to reach the stranded motorists and transport them to safety using snowmobiles.

NSP continues to urge any motorist who becomes stranded to stay in their vehicle and call for help. The Nebraska State Patrol Highway Helpline is available 24 hours per day by calling *55. NSP dispatchers can send troopers to help or communicate with partner agencies across Nebraska and in neighboring states if necessary.

As travel increases today and through the weekend, NSP advises all motorists to check Nebraska 511 and have a full tank of gas and winter survival kit in your vehicle