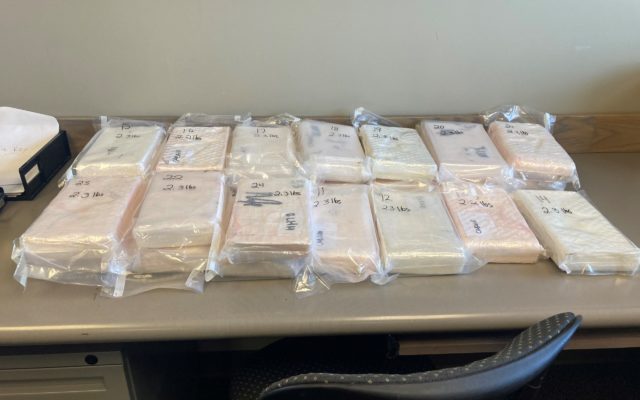 (KFOR NEWS  June 7, 2021)   Troopers with the Nebraska State Patrol arrested an Arizona man Thursday afternoon (6/3) following the discovery of 55 pounds of cocaine in a vehicle in Cozad.

The incident occurred at approximately 1:00 p.m. Thursday, when a trooper contacted a motorist at the Cozad interchange of Interstate 80. During the encounter, the trooper became suspicious of criminal activity.

Troopers searched the vehicle and found 55 pounds of cocaine hidden in floor compartments of the vehicle.  There was also a small amount of marijuana in the vehicle.  The driver of the vehicle, 31 year old, Donovan Grange, 31, of Scottsdale, Arizona, was accompanied by an adult female passenger and a small child.

Grange was arrested for possession of more than 140 grams of cocaine, possession with intent to deliver, possession of less than one ounce of marijuana, child abuse/neglect, and no drug tax stamp.  He was jailed in Dawson County. The female passenger was released with the child.