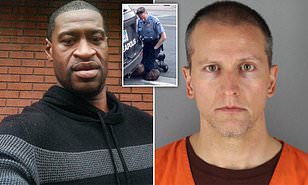 MINNEAPOLIS (AP) – Opening statements are set for Monday in the trial of a former Minneapolis police officer charged with murder and manslaughter in George Floyd’s death.

Derek Chauvin’s trial is expected to last about four weeks. Outside issues such as the COVID-19 pandemic and a global outcry over racial inequities are also affecting the trial, which will be streamed online for the world to see. Floyd, who was Black, died on May 25, 2020 after Chauvin pressed his knee on Floyd’s neck while Floyd pleaded that he couldn’t breathe.

George Floyd’s death sparked widespread anger after millions of people saw video of the event. The four officers at the scene were quickly fired and charged in his death. The bystander video shows Floyd repeatedly crying “I can’t breathe” and eventually going still as Officer Derek Chauvin presses his knee on Floyd’s neck. The video’s release sparked immediate protests and sometimes violent riots nationwide and around the world.