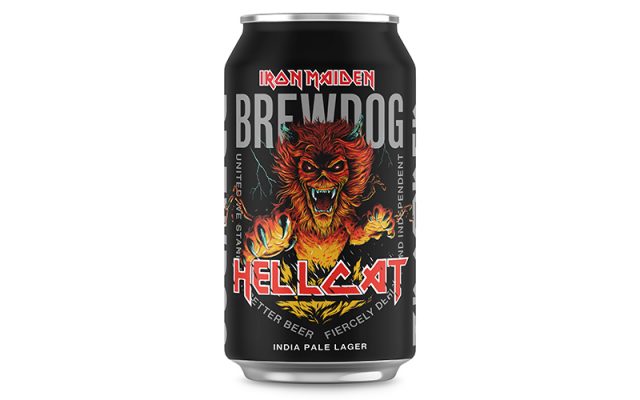 When I quit drinking over 20 years ago there was no such thing as “Craft Beer.” At least not how we know it now. If I were still drinking, I’m not sure I would be a “Craft Beer” guy. However….I would try some of my favorite rock bands Crafts. The latest effort comes from Iron Maiden.  This isn’t the bands first go around with beer. They put out a line of Trooper beer several years ago and return with “Hellcat.” The band teamed up with BrewDog for Craft Beer, which is a six-percent ABV India Pale Lager that is made in the U.S.

Brewdog released a statement saying, “We’re thrilled to partner with a world-renowned rock band like Iron Maiden.  Iron Maiden, like BrewDog, have maintained their spirit of independence throughout their stellar career. Hellcat is a hop-forward lager with a golden hazy appearance and crisp finish; an epic beer worthy of this massive collaboration.”

The beer will be available this fall.