THE PRETTY RECKLESS have released a lyric video for their new track “Death By Rock and Roll.” The song is the first to be released off their upcoming album that will include guest appearances from Tom Morello, Kim Thayil, Matt Cameron, and more. “In a lot of ways, this new album feels like a rebirth, and our first single represents that salvation that my favorite music brings me,” said Taylor Momsen.

Look for the band’s fourth album “Death By Rock and Roll”  to drop later this year or early next year.

To hold you over, check out the limited edition gold 7″ of the song. Click the image to order 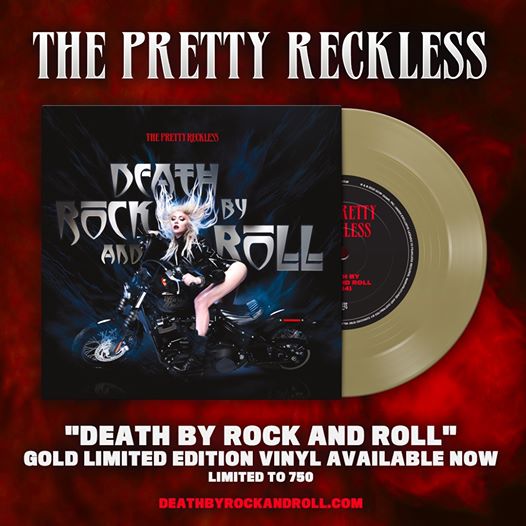