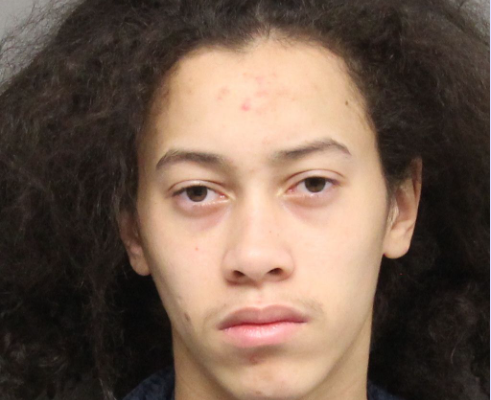 LINCOLN–(KFOR Jan. 3)–Three teens are accused of stealing a work truck late Monday afternoon south of downtown Lincoln, which was also involved in a hit and run.

Lincoln Police Sgt. Chris Vollmer says officers were first called to the 1300 block of S 10th Street on the report of a stolen vehicle that just occurred. Arriving officers spoke with 46-years-old and 20-years-old male victims, who described arriving at the jobsite and leaving their 2011 Toyota Tundra unlocked and running in the driveway. The victim reported an unknown female, and two males were observed near the truck prior to it leaving northbound on 10th.

Around 4pm, officers were called to D Street / 10th-9th after the above-mentioned truck struck a 2021 Toyota Tacoma parked on D Street (C3-000418, damage estimate $20,000). The occupants of the stolen truck fled the scene, but officers received the report of a suspicious person complaint in the 1100 block of B Street. That caller described three people standing outside their door, two of the males were observed to be wearing masks. The parties exited the building and were observed by officers near 13th & D Street.