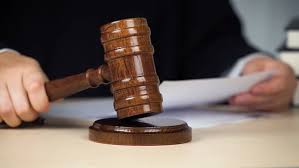 LINCOLN, Neb. (AP) — Prosecutors have charged a 17-year-old for a crash in October that killed a Lincoln High School student.

The teenager was charged motor vehicle homicide with willful or reckless driving, a felony. Prosecutors have asked a judge to transfer the case to adult court.

Bryshawn Williams, a Lincoln High School sophomore and varsity football player, died after the teen crashed into a tree in Lincoln shortly before 1 a.m. on Oct. 5, according to Lincoln police.

The teen had been heading south on 70th Street before leaving the road and crashing. He told police he swerved to miss a deer and lost control, hit a curb, mailbox and then the tree.

The teen was on probation in juvenile court at the time.