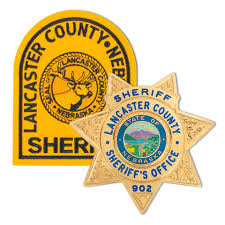 Lancaster County Sheriff Terry Wagner says they recovered 190 pounds of sealed and locked marijuana found in the motor home, along with nearly $4,000 in cash.  Wagner said 38-year-old Jerremy Manuel and 29-year-old Whitney Short were arrested for possession of marijuana with intent to deliver and evading the drug tax stamp.

Manuel was also charged with possession of money while violating drug laws.

Wagner added the motor home was pulled over for following too close.