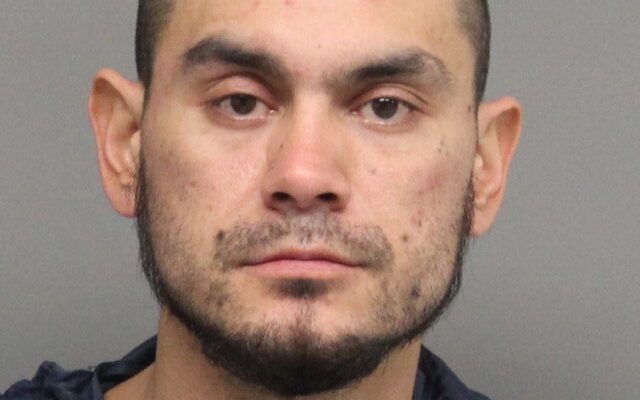 LINCOLN–(KFOR July 5)–An arrest has been made in connection to a Friday night stabbing death in north-central Lincoln.

On Tuesday, Assistant Lincoln Police Chief Jason Stille announced that investigators arrested 34-year-old Steven Alexander was taken into custody without incident at a home near 31st and Folkways Boulevard on Tuesday morning by the Metro Fugitive Task Force.  Alexander is accused of first-degree assault, manslaughter and use of a deadly weapon to commit a felony.

Alexander is accused of being responsible for the death of 26-year-old Austin Gress of Lincoln, in an alleyway near 27th and Dudley.  Police were called around 9pm Friday on a report of two men fighting, apparently over a bicycle.  When officers arrived, they found Gress with several stab wounds.  Life-saving measures were not successful and Gress passed away from his injuries.

On July 3, LPD asked the public for assistance finding Alexander and multiple tips from public helped lead to arrest.

Assistant Chief Stille said, “It helped us focus our effort in looking for different locations for him. Searching different locations. Based on those tips, it was a cascading effect. I think the public has a role to play in the safety in the community, just as we do. And when the public is willing to come forward and provide information, this helps us quickly clear cases and I think this leads to a safer and more secure community.”