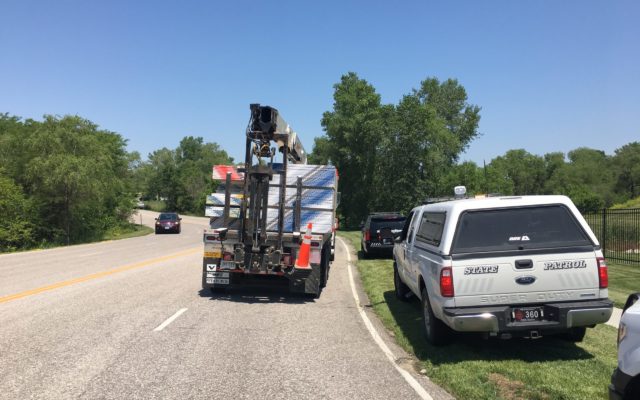 During the special enforcement effort, the Metropolitan Aggressive and Prevention Selective (MAPS) Team conducted 26 vehicle inspections. Troopers presented a CVSA (Commercial Vehicle Safety Alliance) sticker to 10 vehicles or trailers throughout the day, indicating the vehicle had no critical safety violations.

Troopers discovered 124 violations of Federal Motor Carrier Safety Regulations and state law, including 29 violations that require a vehicle to be placed out of service (not allowed to return to the road). 13 vehicles were taken out of service for a variety of reasons relating to bad brakes or tires, or other problems that posed immediate safety risks. Troopers also placed three drivers out of service for various driver violations.

The surprise inspections target commercial vehicles that might not travel outside the city or pass through weigh stations as part of their regular routes.

The MAPS Team in funded largely by the Federal Motor Carrier Safety Administration. Troopers check for compliance with federal safety regulations and enforce laws pertaining to weight, size, registration, dyed fuels, and permits associated with commercial vehicles. The MAPS Team was implemented in 1998 and consists of troopers from the Nebraska State Patrol Carrier Enforcement Division.

LPD: Man Shot In The Face During Weekend Gathering Has Died