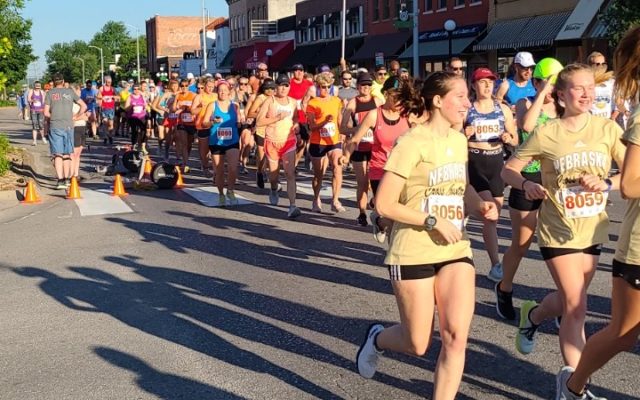 Lincoln, NE (January 11, 2023) – The WellPower 100 Challenge, a free web-based activity-tracking program conducted by the Nebraska Sports Council, begins Monday, Jan. 16. Officials reported that more than 8,400 individuals are enrolled, and those interested can still register at WellPowerMovement.com.

The WellPower 100 Challenge encourages participants to log activity-miles for six weeks, earning virtual badges and qualifying for actual prize-drawings as they improve their health and wellbeing.

“We know that most of us need more physical activity, and most of us need a little help. The WellPower 100 Challenge provides a way to keep score and earn rewards over a time frame that turns occasional workouts into a daily routine,” Nebraska Sports Council Executive Director Dave Mlnarik said.

Regarding the WellPower 100 Challenge, Mlnarik said those who log at least 100 miles will earn the WellPower 100 badge and qualify for the top-prize drawing. Top prizes include a bike, a kayak, several modern fitness devices and several major gift cards. That there are also dozens of lower-tier prizes and over 500 virtual badges.

The WellPower Movement, which allows enrollees free year-round access to the activity tracker, also offers a group function for companies and organizations to implement into their wellness program. Mlnarik said more than 300 companies have used the platform since it was created in 2017.

Mlnarik also announced that Miss Nebraska-America, Steffany Lien, whose social impact initiative for the year is to promote strategies to improve physical, mental, and social wellness, is serving as a spokesperson for the 2023 WellPower Movement.