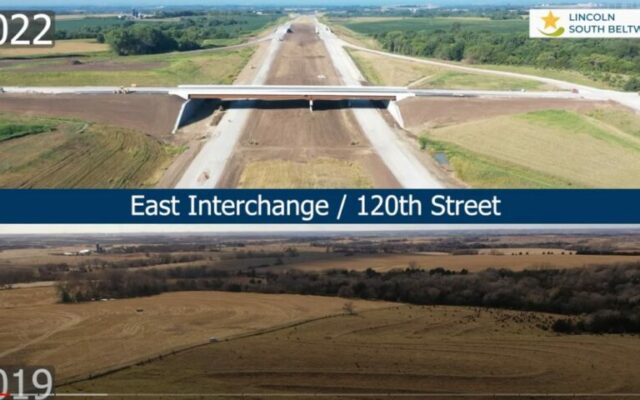 (KFOR NEWS  December 12, 2022)   The Nebraska Department of Transportation (NDOT), with Governor Pete Ricketts and other invited guests, will host an event on December 14th to celebrate the opening of Lincoln South Beltway to all traffic.  Hawkins Construction Company has completed major construction on the mainline of the Lincoln South Beltway, one of the largest projects NDOT has undertaken.

Construction of the 11-mile, east-west, four-lane freeway will reduce congestion on Nebraska Highway 2 through Lincoln and improve regional mobility.   Work began in February of 2020, and this project had a total cost of $352 million.  Thanks to the Build Nebraska Act and TIGER Grant funding, NDOT was able to commit the resources required to build the Lincoln South Beltway.

The existing portion of Nebraska Highway 2 that runs through Lincoln will be relinquished to the City and renamed Nebraska Parkway.

READ MORE:   Recession Emerges As Most Likely Scenario For Nebraska