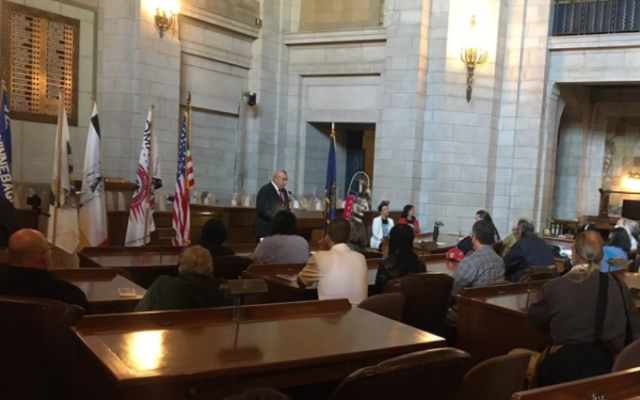 Lincoln, NE (Oct 11, 2021)  Today is a first in Nebraska. It is the first time that the State is observing Indigenous People’s Day along with Columbus Day on this date.

Leaders of the state’s four recognized Native American Indian tribes dedicated their flags in a ceremony at the state capital. The flags of the Omaha, Ponca, Santee Sioux and Winnebago tribes will be displayed permanently in the Legislative chamber along with the State and U-S Flags.

The change is spelled out in A legislative bill sponsored by Lincoln Senator Patty Pansing Brooks. She wanted to have Columbus Day replaced, that failed, and a compromise was reached to name the day for both. Indigenous Peoples Day does come first in the name.