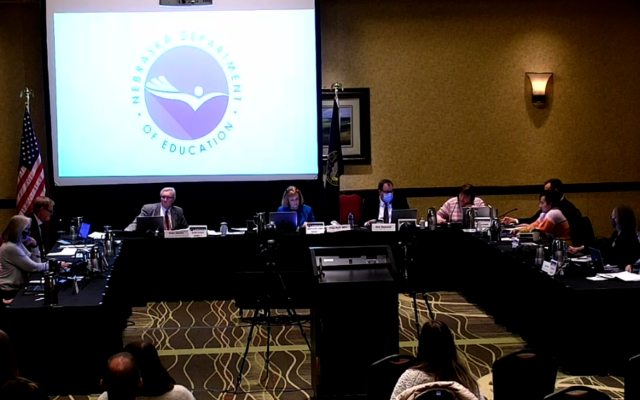 Lincoln, NE (February 4, 2022)  The state board of education has rejected an attempt by one of its members to scrap a proposal to develop health education standards. Newly appointed member Kirk Penner of Aurora said portions of the standards that deal with the teaching of sex education, LBGTQ and gender identity material are not appropriate for classrooms.  He made a motion that the Board adopt policy ending work on the standards.

“The State Board of Education has no business in this area.  It should be left to local parents, local school boards, and medical professionals.  We have no business in that.  We’ve been getting along just fine for the last how many years, and that is why I want this policy.”

Penner’s motion also included an attempt to keep the State Department of Education from providing any help or support to local districts in the areas he considered off limits.

“The Nebraska State Board of Education directs that the Commissioner not provide resources to schools, either written or via the Nebraska Department of Education website, or any other means of distribution, in the areas of sex education, sexual orientation and gender identity.”

Governor Pete Ricketts has been highly critical of the Board of Education for considering the standards, and has urged its members to discontinue their development.  The Governor appointed Penner last month to replace retiring Board Member Pat Timm of Beatrice.  Penner, a longtime member of the Aurora Board of Education, announced within a few days of his appointment that he would introduce today’s motion.