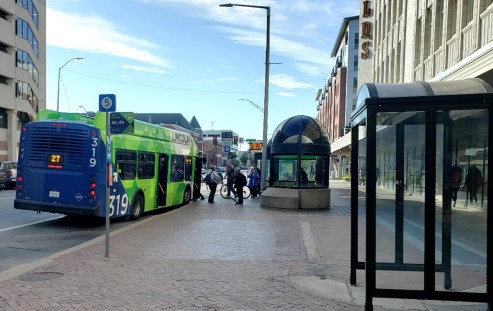 (KFOR NEWS  December 6, 2022)   The Lincoln Transportation and Utilities (LTU) transit system, StarTran, will temporarily relocate the bus boarding area at the Gold’s Building along South 11th Street effective Monday, December 12th.  The boarding area and passenger shelters will be located in South 11th Street just east of the current bus stops for five months during demolition of a portion of the Gold’s Building.

Americans with Disabilities Act access to and from the South 11th Street bus stops will be maintained.  Notices will be placed in the buses and on social media. Bus schedule times will not be affected. Traffic will be reduced to one lane on South 11th Street during the work.

For more information on routes and schedules, visit transit.lincoln.ne.gov.