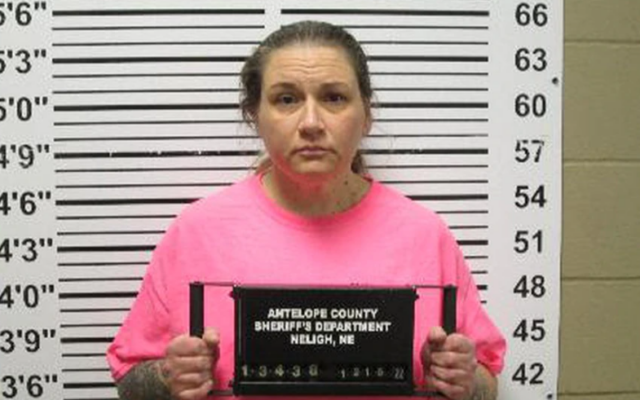 Neligh, NE (December 20, 2022) New details in the second arrest in the case of a quadruple homicide that occurred in the small Northeast Nebraska town of Laurel.

According to court documents, 43-year-old Carrie Jones is now accused of killing one of the four victims in the August homicides.

Documents also claim she and her husband, Jason Jones, tried to hide evidence.

Police at first said in the early morning on Aug. 4, Jason Jones killed 86-year-old Gene Twiford, 85-year-old Janet Twiford, and their 55-year-old daughter, Dana Twiford in their home in Laurel. He allegedly then went to his neighbor’s home and killed 53-year-old Michele Ebeling.

Jason Jones was arrested shortly after the homicides. He was hospitalized for burns after allegedly setting fire to the homes of the victims.

She’s charged with first-degree murder, tampering with physical evidence, and accessory to a felony.