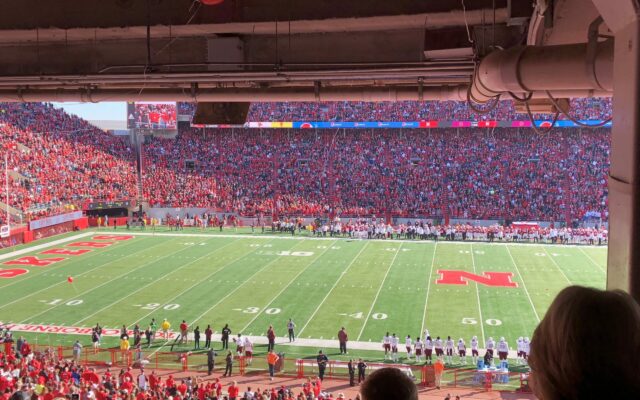 Lincoln, NE (December 13, 2022)  The University of Nebraska will celebrate the 100th anniversary of Memorial Stadium throughout 2023 with numerous plans to commemorate the historic milestone. The first of those will be a one-year reduction in football season ticket prices for the 2023 season.

Nebraska has sold out 389 consecutive home games, a streak that dates back to 1962. The sellout streak encompasses nearly two-thirds of all games played in Memorial Stadium since it was dedicated in 1923.

“The 2023 season will be a memorable year for Nebraska Football,” Alberts said. “Not only will we usher in a new era under Coach Rhule, but we will also celebrate the 100th anniversary of one of the best stadiums in all of sports.

“The loyalty and passion of our fan base is unmatched, and the 100th anniversary of Memorial Stadium is the perfect opportunity to thank them with a one-year $100 reduction in the cost of season tickets.”

Nebraska will open the 100th anniversary season in Memorial Stadium on Sept. 16 with a home game against Northern Illinois. That game is the start of a three-game homestand that also includes Louisiana Tech (Sept. 23) and Big Ten champion Michigan (Sept. 30).

The Huskers will play host to three Big Ten foes in a four-game span later in the season including Northwestern (Oct. 21), Purdue (Oct. 28) and Maryland (Nov. 11). Nebraska closes its 2023 regular season with its traditional Black Friday matchup with Iowa on Friday, Nov. 24.