Schulte Running For County Board 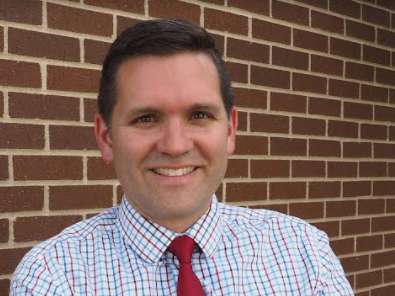 Matt Schulte is the Executive Director of Youth for Christ /Campus Life, a nonprofit organization serving youth in the Lincoln community and surrounding areas. He represented District 6 on the Lincoln Public Schools Board of Education from 2015 to 2019 where he fought for lower taxes, smaller schools, and worked to prevent activist curriculum from entering the classroom.

“Lancaster County needs a strong conservative voice on the county commission,” Schulte said. “I have shown through my previous service on the Lincoln Public Schools Board of Education school board that I can advocate for Republican core positions while working across the aisle to produce great results. I look forward to bringing that same approach to the County Commission.“

Schulte’s priorities when elected to the County Commission will include demonstrating true conservative leadership by fighting to lower property taxes and pushing back against government mandates from the liberal members of the city and county governments. He also plans to prioritize county roads and bridges over government handouts, as well as work on juvenile justice reform.

“The future of Lancaster County is bright, and I pledge to bring new energy and ideas to make it even brighter,” said Schulte. “We cannot allow our county government to dictate how we are to live via mandates from City Hall. I will fight for conservative values as the next representative of District 3 on the Lancaster County Board of Commissioners.”

District 3 includes the towns of Hickman, Denton, Firth, Panama, Hallam, Roca and Sprague. The election is on May 10, 2022.

Fortenberry Will Run For Re-Election