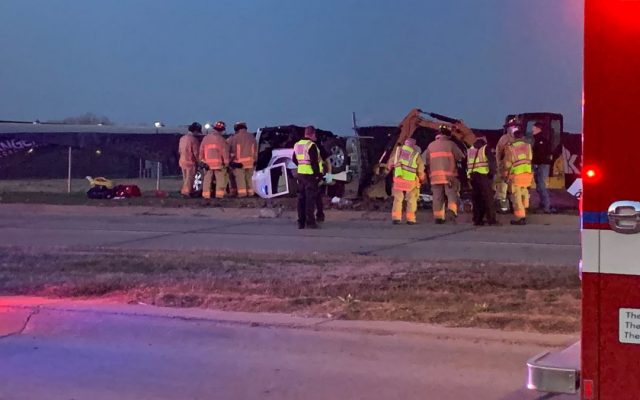 Our affiliate, 1011 News, had a reporter on scene who reported seeing a white Jeep which had crashed into a construction fence and possibly a backhoe, as well as multiple people being loaded up onto stretchers and into ambulances. At least two people were transported to an area hospital with unknown injuries.

The crash shut down 33rd Street from the North Star High School entrance to Folkways Boulevard.

Lincoln Police say the cause of the crash is still under investigation.