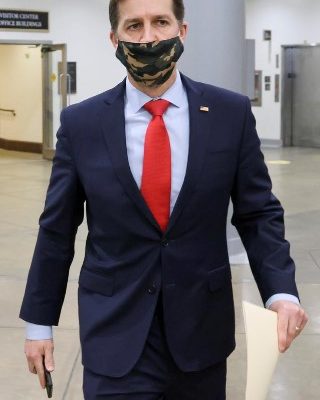 Washington, D.C. (August 18, 2021)  Nebraska U.S. Senator Ben Sasse issued the following statement after Defense Secretary Lloyd Austin said that evacuations from Afghanistan would continue “as long as we possibly can, until the clock runs out, or we run out of capability.”

Sasse replied “There can be no countdown clock on American lives. There is no clock by which we abandon our fellow citizens to the bloodthirsty Taliban. August 31 was an arbitrary, politically-driven deadline. President Biden and Defense Secretary Austin need to correct this immediately. Make it absolutely clear that come hell or high water the United States military will do whatever it takes to get every single American out of Afghanistan. Anything less is a shameful disgrace. No excuses.”

Austin said today that the U.S. military does not have the forces and firepower in Afghanistan to expand its current mission from securing Kabul international airport. That means no efforts to collect Americans and at-risk Afghans elsewhere in the capital and escort them to the airport for evacuation. The question of whether those seeking to leave the country before President Joe Biden’s Aug. 31 deadline should be rescued beyond the airport has arisen amid reports that Taliban checkpoints have stopped some designated evacuees from entering the airport.

President Joe Biden and his top officials say the U.S. is working to speed up the evacuation, but they’re making no promises about how long it will last or how many desperate people it will fly to safety.