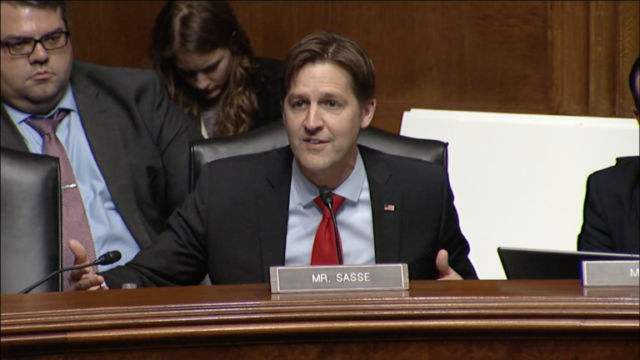 Washington, D.C. (December 31, 2020) Nebraska U-S Senator Ben Sasse has announced that he will not participate in an attempt by some Republican members of Congress to overturn the presidential election results.

Missouri Senator Josh Hawley, who’s believed by many Washington insiders to have 2024 presidential ambitions, announced earlier this week that he will challenge the results when they come before congress.

In a Facebook post, Sasse called the effort “dangerous”, and said members of congress who participate in it are merely worried about how they’ll look to President Trump’s supporters. Referring to Hawley, Sasse said “we have a bunch of ambitious politicians who think there’s a quick way to tap into the president’s populist base without doing any long term damage”….adding…they are wrong.