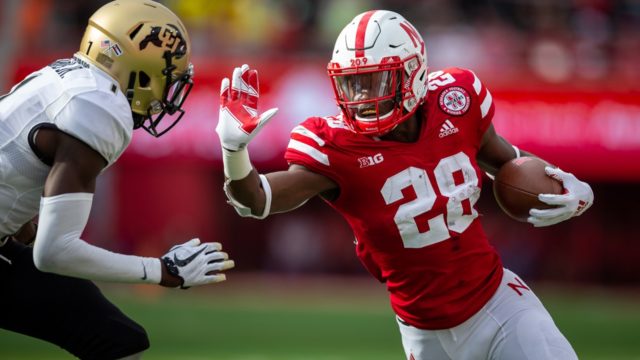 LINCOLN–(KFOR Jan. 3)–It appears running back Maurice Washington, Junior’s time playing football at Nebraska is over.

KFOR’s media partner, Hail Varsity,  is reporting that a source close to the situation indicated Washington was dismissed from the team, but no confirmation has been made by the University of Nebraska athletic department.

Washington had not appeared in a Husker football game, since a mid-October loss at Minnesota.

Washington still faces two charges in his home state of California, related to a March 2018 incident in which he allegedly sent a sexually explicit video to a former girlfriend. She appeared in it and was underage at the time it was filmed. Washington had no part in the film at all, according to court records.

The case has been pushed back five times over the last seveal months, with a California judge ordering Washington appear personally in court on Jan. 10.

Washington played in 18 games during his career at Nebraska. He finished with 753 yards rushing on 127 carries, 36 catches for 383 yards and seven total touchdowns.