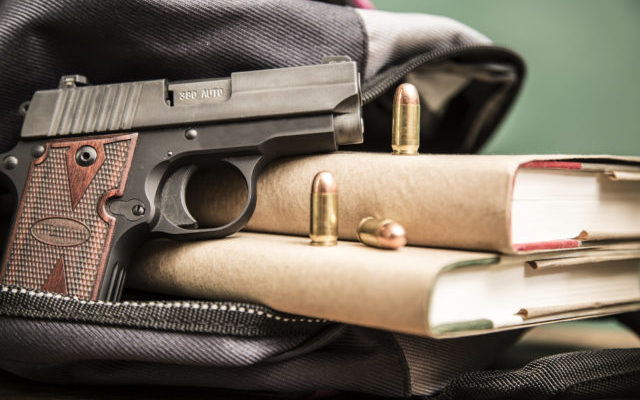 Lincoln, NE (September 30 2021) The robbery of a home in the 4200 block of Cornhusker Highway triggered a chain of arrests, the latest of which was yesterday.

On August 23rd just after 11 a.m., police were called by a neighbor to the Cornhusker Highway address.  He reported two men walking up to a residence who knocked over a motorcycle into a vehicle in the driveway.  One of the men was carrying a rifle and they entered the trailer. When officers arrived, they found the men had already left the area in a vehicle, but a 43-year-old man reported he and another 38-year-old man were in the trailer when the robbers entered.

The 43-year-old reported that the men took a Smith and Wesson .38 handgun, bicycle, and cell phone.  Investigators identified the two men responsible for the robbery as 23-year-old Justin Hradecky and 32-year-old Lars Craig.  Craig was arrested on August 30th just after 6 pm for Robbery.  Yesterday, just after 8 a.m., Hradecky was taken into custody in the 1800 block of SW 15th street.  Investigators found evidence that Hradecky had beeb in possession of the stolen firearm, but had sold it to another individual.

Hradecky was arrested for Robbery and Possession of a Stolen Firearm as well as a felony and misdemeanor warrant. Investigators found evidence that 26-year-old Chase Bass had been in possession of the stolen firearm as well and was a convicted felon.  Bass was wanted on a federal warrant and was located in the 1800 block of Knox on September 28th just after 1 p.m.  Bass was arrested for Possession of a Firearm by a Prohibited Person and Possess a Stolen Firearm.

Investigators also found evidence that the stolen gun had been in 22-year-old Dylan Issacson’s possession before he had sold it to another individual.  Issacson was arrested on September 1st around 6:30 p.m. for Possession of a Firearm by a Prohibited Person and Possession of a Stolen Firearm.  The firearm was recovered on September 14th.