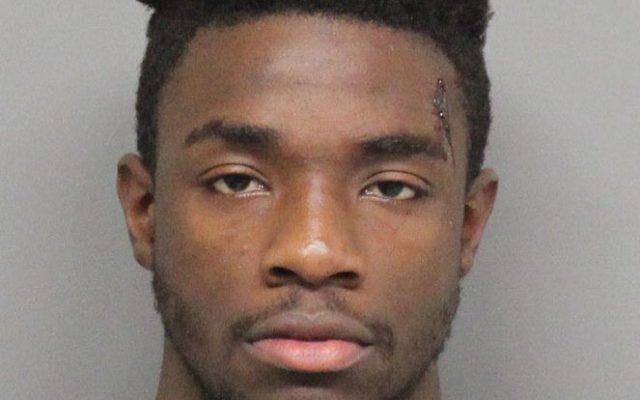 LINCOLN–(KFOR Jan. 8)–Lincoln Police arrested a man who reportedly punched a driver during a road-rage attack before being hit with a tire iron near 14th and Fletcher on Tuesday.

It was round 3 p.m., when officers were called to the area of 14th and Fletcher on a report of people fighting.  Police arrived and found a 39-year-old man, his 31-year-old girlfriend, and their four children were there and the man had injuries from being assaulted.

He told officers it started at 14th and Saunders streets when a 2016 black Honda Civic tried to cut him off. The victim wouldn’t let the vehicle in, so the occupants of the Civic rolled down their window and yelled at him to get out of his car and fight him.

The suspect, 20-year-old Tyquan Petty, then pulled off on a roundabout, sped through a Walgreens parking lot and back behind the victim, striking his car.  Petty got out and went up to the 39-year-old man in a threatening manner, while the victim got out with a tire iron and was recording everything on video with his cellphone.  He repeatedly told Petty to back away while Petty continued to threaten him.

Police Officer Erin Spilker said Petty then struck the victim with his fists, leading the victim to hit Petty with the tire iron, which ended the situation.

The victim’s girlfriend tried to break up the fight, and a woman inside Petty’s car got out and sprayed her with pepper spray and struck her in the face.

The victim said as the suspects left the scene, he struck the back of the vehicle with the tire iron and broke the back window of the car.

Petty was contacted at a local hospital where he was getting treated for injuries sustained in the incident. He was arrested and charged with terroristic threats and third-degree assault.

Petty admitted that there were two adults and two children in his vehicle as well.