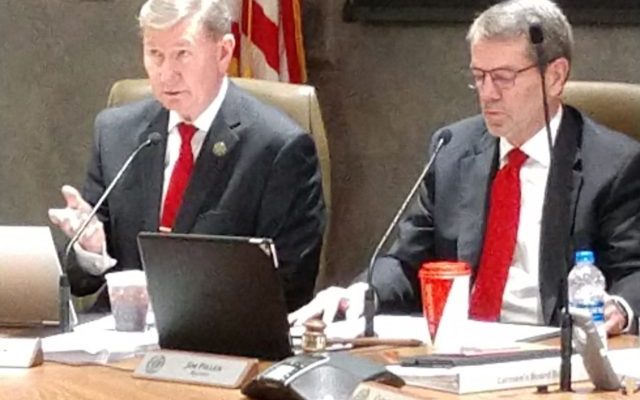 Lincoln, NE (October 8, 2021)  The University of Nebraska Board of Regents has approved a new graduation guarantee. It’s aimed at new students, and those who left the school when they couldn’t get the classes they needed to graduate.

“The University guarantees that undergraduate students will be able to enroll  in courses that permit graduation consistent with an academic plan of study and timetable developed with their academic adviser” said President Ted Carter.  He added the students and their advisers can work out a firm class schedule and timetable when they first enroll.

“If the student fulfills all the requirements of the outline in the applicable guarantee, and is not able to graduate in the agreed upon timeframe, the University will cover 100% of tuition for any course or courses needed to graduate.”

Carter said the agreement is aimed in part at students who left the university because they couldn’t get a class schedule that would allow them to graduate in four years.

The Board of Regents got an earful Friday from students, faculty, members of the public, and parents protesting the school’s covid-19 precautions. Student Nicole Hutchins called the mask mandate a bait and switch scheme.

“The semester started, and not even 48 hours into the semester the optional status was pulled for a mandate for all indoor spaces.  That’s not even enough time for somebody to have contracted Covid-19 and show symptoms at that time.”

Much of the ire was directed at the Safer Communities app, which is used to keep track of student vaccination and testing schedules. Kathleen Calf called it a vaccine passport .

More than a dozen other open mic speakers railed against the the mandate, and the Safer Communities software the university uses to keep track of students testing schedule