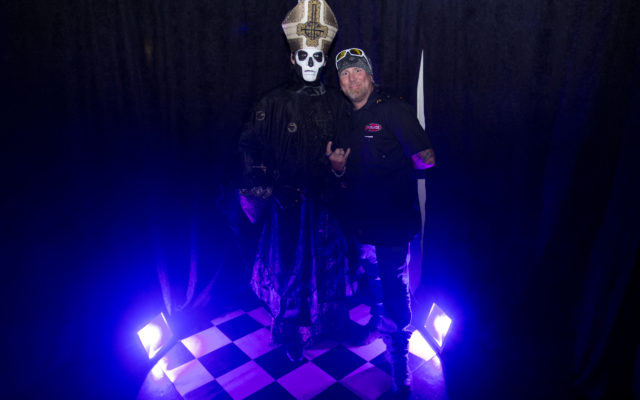 After 28 years in radio and 40 years listening to metal music  I find this story laughable.

A college radio station in New Jersey has come under fire by Catholic protesters for playing “satanic” metal.  WSOU operates out of Seton Hall University, which is a Catholic school. While it’s played metal for years, at one time the on-air personalities were forced to tone things down — like having to call Lamb of God “Lamb of G,” for example. However, the restrictions loosened up over the years — until now.

The Lepanto Institute, which calls itself an “organization dedicated to the defense of the Catholic Church,” is circulating a petition that calls for the university to shut down the station. It calls the format “satanic, highly disturbing and viciously anti-Christian.”

Ok great. Thank you Lepanto Institute for saving the world from Metal music. I do however have questions. What exactly is “satanic music?” Is it music Satan listens to? Is it about Satan? Does it convert listeners into Satan worshipers?

The Lepanto Institue, much like the PMRC, will only make people want to listen to the station even more since you’ve told them not to. It’s human nature. Tell me not to do it and I’ll probably do it twice as often.