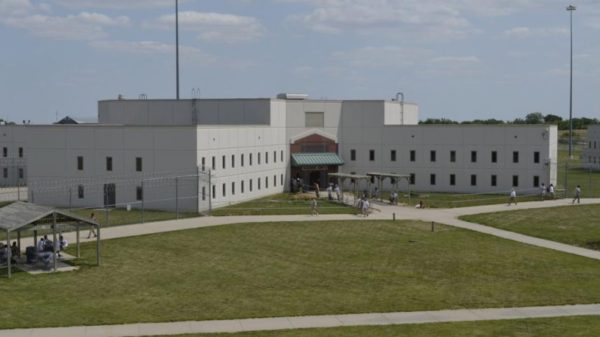 The state of Nebraska could soon be facing a class action lawsuit over prison overcrowding.

A coalition of three prison reform groups and two law firms will argue for class certification on Monday, Jan. 13 – seeking to represent the almost 5,500 people currently incarcerated in the state’s prisons and all those who will be incarcerated in the future. In addition to overall class certification, the team is also asking for certification of two sub-classes – one representing all prisoners put in solitary confinement and another on behalf of prisoners with disabilities. If they’re successful, one joint lawsuit can be filed on behalf of each group.

The class certification request for Sabata v. Frakes argues that system-wide policies and practices deprive Nebraskans who are incarcerated of critical medical, mental health, and dental care, inflict serious harm through prolonged isolation, and discriminate against people with disabilities – violating the Eighth Amendment of the U.S. Constitution, the Americans with Disabilities Act and the Rehabilitation Act. It argues the problems are caused and compounded by chronic overcrowding and under-staffing.

The coalition plans to present evidence before the judge of the actions – and lack thereof – that have affected prison staff and those incarcerated, including a woman denied cancer treatment for five months; a man who died of suicide after requesting psychiatric care that he did not receive; people who mentally deteriorated to the point of eating their own waste while in solitary confinement; and a severe lack of programs and facilities to serve the roughly 750 people with disabilities in Nebraska’s correctional facilities.

“The extreme overcrowding and chronic under-staffing in Nebraska prisons have resulted in dehumanizing conditions that put the health and safety of everyone in them — incarcerated people and staff alike — at risk,” said David Fathi, lead counsel on the case and director of the ACLU National Prison Project. “The state has proven unable or unwilling to address these issues itself. We are forced to litigate to ensure that these horrendous conditions are addressed and the state comes into compliance with its constitutional and moral obligations.”

Danielle Conrad, executive director of the ACLU of Nebraska, said “disturbing individual stories add up to a systemic failure.”

“For years, Nebraskans have read story after story on this overcrowding crisis and the pace of reform has been glacial at best,” Conrad said. “We need real action. This lawsuit is about mass incarceration, racial justice and disability rights. Most Nebraskans who are incarcerated will one day be back in our communities – and the reforms we’re fighting for will ensure better public safety outcomes.”

Partners include the ACLU of Nebraska, the ACLU National Prison Project, Nebraska Appleseed, the National Association of the Deaf, and the law firms DLA Piper and Rosen Bien Galvan & Grunfeld LLP.

Nebraska has one of the most overcrowded prison systems in the nation. The hearing comes as the state counts down to a legally mandated declaration of a prison overcrowding emergency on July 1. Prison reform advocates claim that reaching the deadline without solving the overcrowding may trigger the release of up to 1,100 incarcerated people, bringing the system down to 140 percent of capacity. As of the Department of Correctional Services’ latest report, facilities averaged at nearly 5,500 occupants – 155 percent of design capacity. One facility is at more than 300 percent of design capacity.