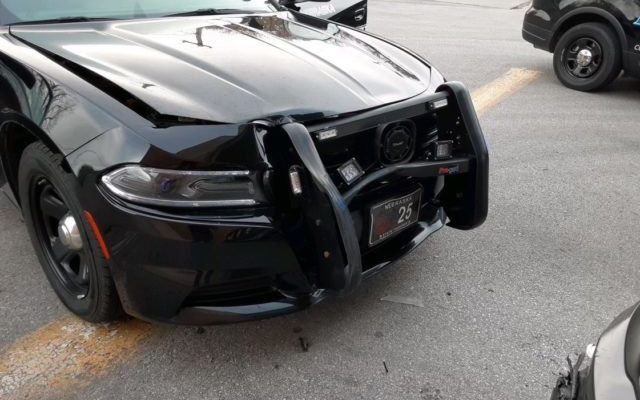 (KFOR NEWS  November 16, 2020)    Troopers with the Nebraska State Patrol arrested a North Carolina woman Sunday after she intentionally drove her vehicle into a trooper’s patrol unit during a prescription fraud investigation.

Saturday afternoon, a trooper was called to Walgreens at East 23rd and Lincoln Avenue in Fremont on a report of prescription fraud.  The suspect was in the pharmacy drive-thru lane when the trooper pulled up.  The trooper parked his patrol unit directly in front of the suspect’s Jeep Renegade.

The suspect drove her vehicle in reverse, hit the vehicle behind her vehicle…then drove forward and hit the trooper’s cruiser.  She revered again, hitting the building.

25 year old, Brandi Bolden of Asheville, North Carolina, was arrested for prescription fraud, assault on an officer using a motor vehicle, flight to avoid arrest, and criminal investigation.  She was taken to the Dodge County Jail.