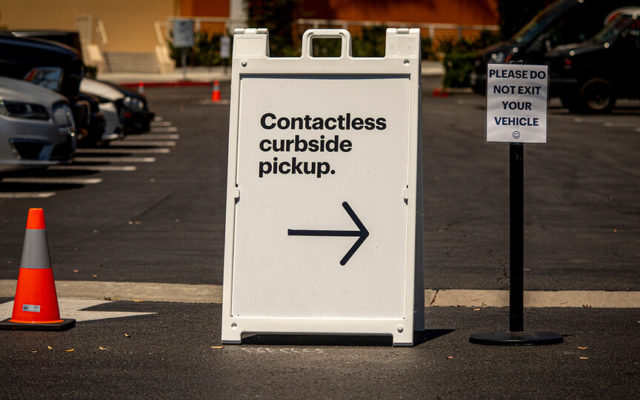 Lincoln, Nebraska (Sept. 15, 2021) — Residents across the state have felt the impacts of the COVID-19 pandemic over the past year in terms of their physical health, mental health, work, and consumer habits, according to the University of Nebraska–Lincoln’s 2021 Nebraska Rural and Metro Polls.

The majority of Nebraskans surveyed, 61%, indicated the pandemic affected life overall a fair amount or great deal. Poll results suggest some of these effects on health, wellness and finances were experienced differently across demographic groups, by region, and between rural and urban communities.

Across the state, in both rural and metropolitan communities, about a quarter of respondents (25% in rural areas and 23% in metro areas) said someone in their household contracted COVID-19. Eighteen percent of rural respondents reported friends or family in their community dying of COVID-19, compared to 13% of metro respondents.

“With the rural population historically being a bit older and COVID initially hitting older adults harder, it is not surprising that this shows up as a difference in the poll,” said Cheryl Burkhart-Kriesel, associate professor and extension specialist at Nebraska.

Statewide, the pandemic appeared to financially affect those with the lowest incomes the most. About four in 10 respondents with household incomes under $40,000 said their financial health was impacted by the pandemic, compared to 20% of persons with incomes of $100,000 or more in rural areas or $75,000 or more in metropolitan areas. Survey respondents in both the Panhandle and northeast regions were more likely than those in other regions to say their financial health was affected at least a fair amount.

Rural respondents working in production, transportation or warehousing appeared to be hit hardest economically by the pandemic. These respondents were most likely to report that someone in their household was temporarily laid off, had their hours reduced or returned to work after being laid off temporarily.

“This mirrors national trends,” Burkhart-Kriesel said. “It also dovetails with the poll results that show those with lower incomes were more affected financially by the pandemic. Production, transportation and warehousing can be entry-level positions at the lower end of the pay scale.”

Participants were asked whether internet service affected their ability to work, study, socialize or attend school during the pandemic. Fewer than one in 10 in both rural and metro areas reported being limited by internet service at home.

Many Nebraskans reported adopting new consumer behaviors during the pandemic, such as shopping online, using self-service banking, ordering food from a restaurant for delivery or curbside pickup, and videoconferencing with friends and relatives.

“Many respondents also report they are likely to continue these behaviors going forward,” said Becky Vogt, manager of the Rural Poll. “Businesses that continue to adapt and offer these new delivery methods will be poised to meet these demands in the future.”

Steve Schulz, associate professor of supply chain management at the University of Nebraska Omaha, said these changes have dramatically impacted the state’s supply chains, adding that “the infrastructure and workforce in Nebraska will need to evolve in order to meet the needs of consumers in the future.”

The Nebraska Rural Poll, now in its 26th year, is sent to 7,000 households annually in rural communities across the state. In 2021, an additional 7,000 surveys were distributed to Nebraskans in metropolitan areas to capture experiences and perceptions across the entire state.

The Rural Poll is the largest annual poll gauging rural Nebraskans’ perceptions about policy and quality of life. The margin of error for the Rural Poll is plus-or-minus 2%; the margin of error for the Metro Poll is plus-or-minus 3%. Complete results are available at https://ruralpoll.unl.edu. The university’s Department of Agricultural Economics conducts the poll with funding from Rural Prosperity Nebraska and the Institute of Agriculture and Natural Resources. The Nebraska Business Development Center at the University of Nebraska Omaha provided funding to expand the survey to the Omaha and Lincoln metropolitan areas.