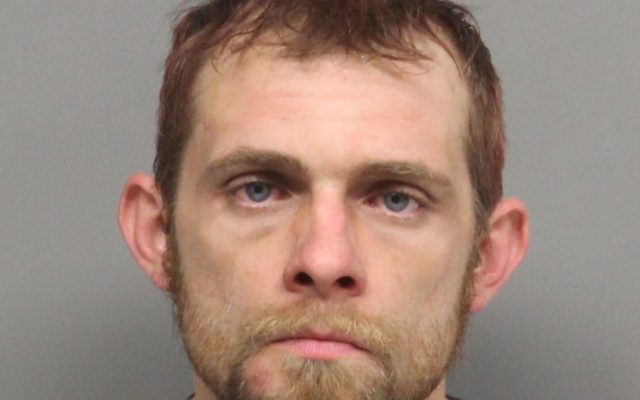 Lincoln, NE (September 28, 2021)  Police calls about stolen catalytic converters have doubled each of the past two years.  The City Council just passed an ordinance calling on salvage dealers to help cut down thefts of the valuable vehicle components.  A call on Monday morning illustrated one type of place thieves might go to saw off and get away with the converters.

Around 5 a.m. Monday, police were called to Big Red Storage at 4911 S 14th Street on a report of a suspicious person.  The caller said he was seeing a man walking inside the property with a sweatshirt over his head carrying a duffle bag.

When officers arrived, they saw a man matching the description provided by the caller inside the gated and locked facility near campers and vehicles.  When the man saw officers, he started to run away and was apprehended a short distance later.  As officers searched the area where the man was first spotted, they found a duffle bag, a reciprocating saw, several saw blades, and two catalytic converters.  The officers also found a section of the fence that had been damaged to gain entry into the property.

31-year-old Chance Heble was arrested, but the investigation is ongoing.  A catalytic converter had been cut off a company vehicle parked in the lot of Lincoln Mattress Company at 4815 S 14th Street around the same time.  Officers processed the scene for evidence, canvassed the area, and are analyzing video evidence to determine if Heble may have been involved in that theft also.